Skip to content
I kno I already talked about this, but I don’t love the food in Taiwan, BUTT I like to keep things positive on PFB, so I’ll get the negative out of the way real quick:
Do you ever see Asians post pictures of food? No because it’s all just rice.
Have you ever seen a fat Asian? No because all they do is sweat and eat rice (see this post about humidity).
What I’m saying is that all they eat is rice. There’s some steamed veggies and meat too, but everything is rice. I’m able to eat until I’m full, but overeating is a struggle because the food’s not super tasty and that’s what gets me. 🙁
But let’s move on to what’s tasty in Taiwan:
Dragon fruit 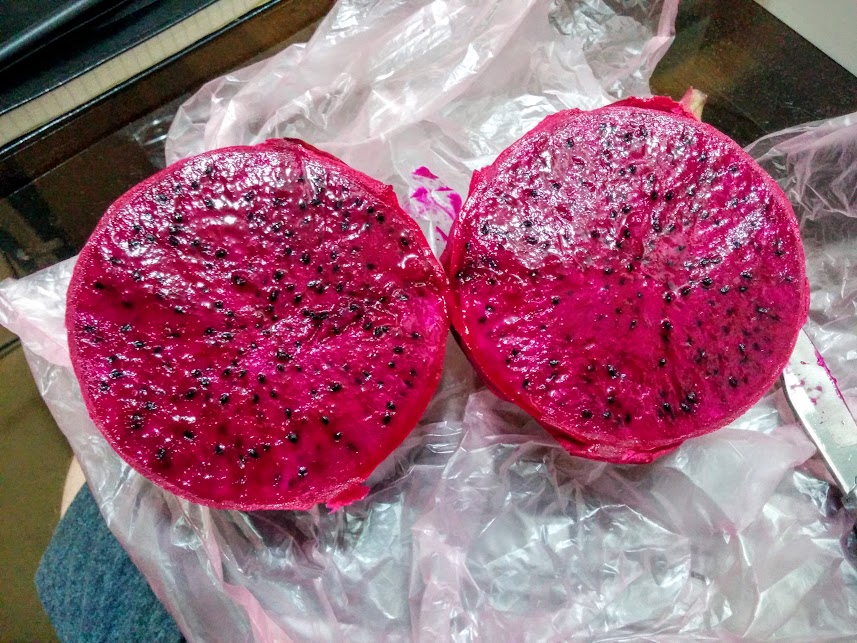 Sometimes white, sometimes purple inside, it has the texture of a kiwi and is mildly sweet and juicy. If you eat a whole purple one by yourself, it dyes your poo purple for the next day or two.
Mango

Tbh, I never really had a mango until I came here, so I can’t compare them to the ones in the states, except I know these ones are at least twice as big and (duh) a lot more fresh. Hecka juicy and squishy. So sweet. I love them. FYI: I’m eating it wrong in this pic. The best way to eat them is to try to chop it in half (avoiding the big white pit in the middle), cutting it into squares (like a checkerboard), turning the skin inside out, then eating it. That’s confusing.
Basically any fruit here 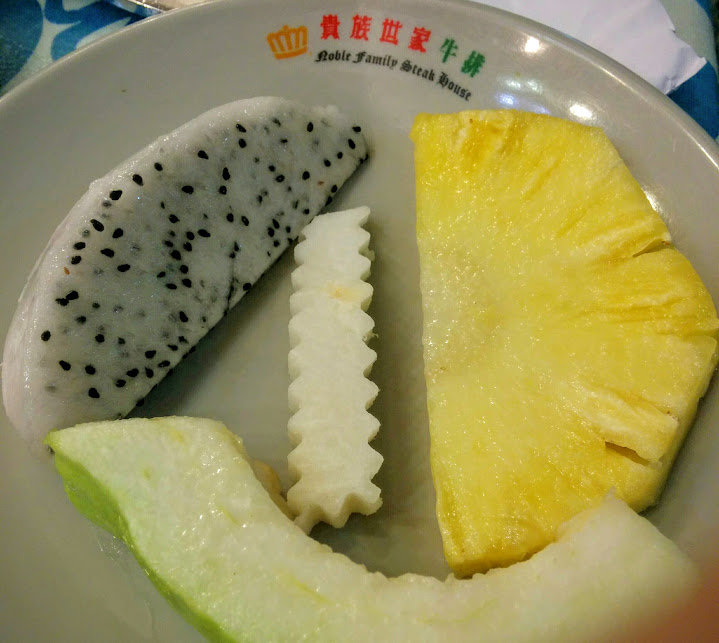 It’s all good and fresh and juicy, but pro tip: bring a pocketknife so you can chop up and open the fruit you buy from fruit stands.
Anything mango-flavored

Mango ice cream, mango smoothies, mango shave ice, mango juice, it’s all good. And mangoes are so sweet that I SWEAR they don’t add any sugar if it’s mango flavored. I’ll swear it a million times.
.
Pot stickers and dumplings 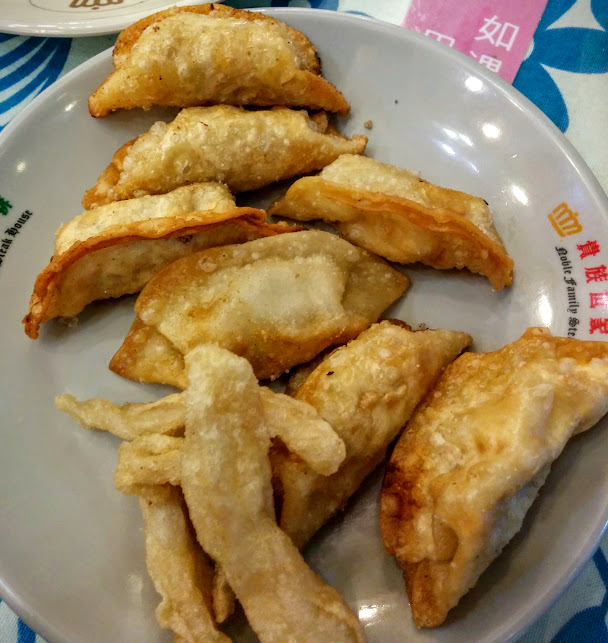 They’re the same thing, just pot stickers are fried and dumplings are boiled. They usually have pork or some veggies inside. I prefer pot stickers because SALT butt w/e.
Dolphin water

I don’t really believe in non-water drinks, but in Taiwan you sweat so much (because it’s so HUMID) that it’s worth throwing some random electrolytes back into your body. There are a lot of waters that have extra energy-boosting junk in them. This one is dolphin water and it’s good and tastes like dolphins.
Steamed pork buns 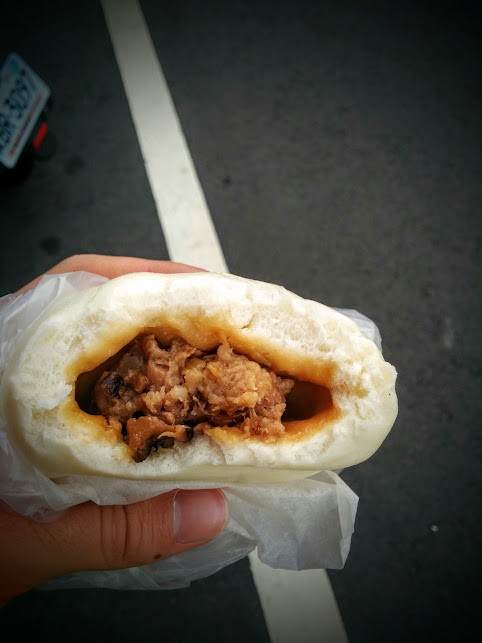 Who knew you could cook a whole bread thing just by steaming it? Asians, that’s who. The steamed roll is really spongy and the pork is side is v tender. It tastes a lot like pulled pork. All it needs is some BBQ sauze.
Asian burrito

It’s just a giant spring roll. I don’t actually like spring rolls, but I know lots of folks do, so I thought I’d show you a pic.
This whatever

Next to mangoes, this is the most delightful thing I’ve had in Taiwan. It’s like a naan bread with eggs, ham, cheese, basil, and a spicy sauce inside. It might be Vietnamese, but it’s REALLY good.
So, even though I’m not gonna get fat here, there are plenty of goodies to snack on. Yes plz!!

Stuff I write about